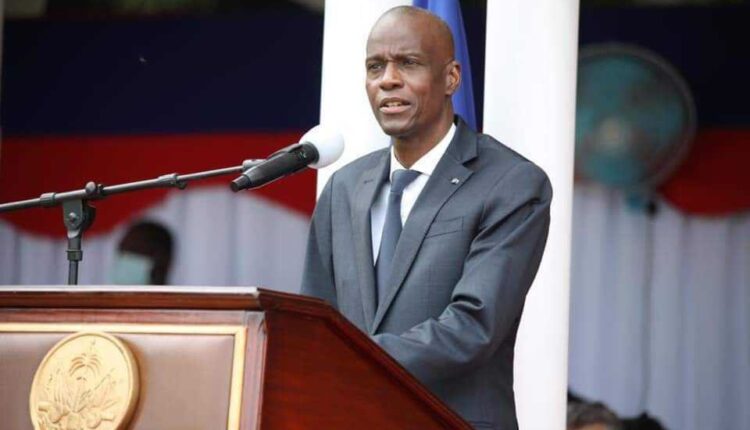 Assassination of Jovenel Moïse: the Minister of Foreign Affairs, Claude Joseph requests the support of the UN and CARICOM in the conduct of the investigation.

Port-au-Prince, Haiti .- Voices are multiplying in the country to call for the intervention of the United Nations in the conduct of the investigation into the assassination of former President Jovenel Moïse. The former first lady, Martine Moïse, the Citizen Protection Office, political leaders… and now the Ministry of Foreign Affairs and Worship.

The Haitian Chancellor, Doctor Claude Joseph, officially addressed the Secretary General of the United Nations, Antonio Guterres, via correspondence dated August 3, 2021 to request the world organization for solidarity support in the conduct of the investigation. on the assassination of President Jovenel Moïse on July 7. This support, according to Minister Claude Joseph, could consist of setting up, very quickly, an international commission of inquiry and the creation, if necessary, of a special tribunal in charge of trying the culprits.

“I stress to your attention that the presumption of the participation of nationals of foreign countries in the financing, planning and implementation of this heinous and villainous act makes it an international crime, the clarification and repression of which call for international solidarity.

While reaffirming my confidence in the integrity, the seriousness, the professionalism of the agents involved in the conduct of the investigation, I also draw your attention to the limits and weaknesses as well as the lack of experience of the Haitian judicial system in in the handling of cases of this magnitude which cast serious doubts on its ability, on the one hand, to carry out this investigation properly, and on the other hand, to prosecute, judge and condemn the perpetrators and accomplices in an exemplary manner , in accordance with the laws of the Republic ”, can be read in this document, of which the editorial staff of Juno7 has obtained a copy.

“It is on the strength of all this that, in the name of the government of the Republic and, based on international cooperation which is one of the main goals of the United Nations, I appeal for solidarity support of the universal organization to help the national authorities to correctly conduct the current judicial investigation until its conclusion and to give the appropriate legal follow-up to the assassination of President Jovenel MOISE which shocks the national conscience, even international ”, continues the letter.

“The UN support to Haiti in this context could consist in the setting up, very quickly, of an international commission of inquiry which would complement the work and efforts of the national authorities and the creation, if necessary, of a Special Tribunal responsible for trying the guilty, ”said the former interim prime minister while referring to the case of Lebanon, in April and December 2005, following the terrorist attack of February 14, 2005 which resulted in the death of twenty -two (22) people including the Lebanese Prime Minister Rafic Hariri and dozens of wounded.

In addition, Minister Claude Joseph also requested the support of CARICOM within the framework of this dossier. “I know how much this spectacular assassination shocked the Caribbean conscience whose leaders condemned it in unison and wished that all the light be shed on this heinous crime and that the culprits be prosecuted, tried and condemned in accordance with the laws in force. force ”, reads the letter
to the Right Honorable Gaston Browne, President of the Conference of Heads of State and Government of CARICOM.

“In the name of Caribbean solidarity, the Haitian Government is counting on the full support of the Caribbean Community (CARICOM) for this request, so that the UN grants a favorable response as soon as possible. I take this opportunity to reaffirm the wish of the Government and the Haitian people that CARICOM play an important role, not only in the search for justice for President Jovenel MOISE and his family, but also and especially in the process of normalization of political life in Haiti which necessarily involves the conclusion of an inclusive political agreement, the establishment of a climate of security and the organization of elections at all levels as quickly as possible. ”