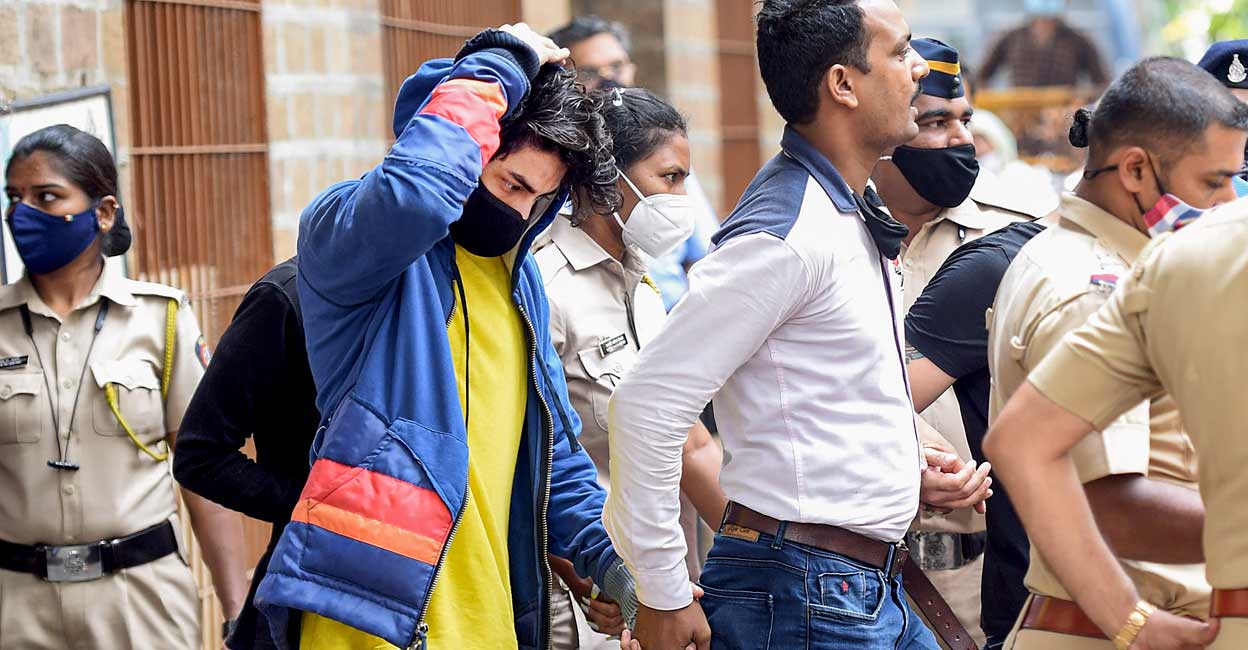 Shahrukh Khan’s son Aryan Khan, who was trapped in the Mumbai drugs case, has been sent to judicial custody by the court. However, all these accused will have to spend one more night in the NCB office. Now the next hearing in this case will be held on the morning of October 8. What happened on Thursday in this case and what could happen next? Let’s find out.

In the court, NCB itself said that nothing was found from Aryan Khan. But now they want the custody of the accused till October 11, but the court rejected the argument of NCB. The court clearly said that you have been given a lot of time, which is enough in itself. After this the court sent all the accused including Aryan to judicial custody. Now this decision of the court is being considered as a big setback for NCB. Now the hearing of the case will be held on October 8 at 11 am.

Only after the hearing in this case started, it was clear after seeing the view of the court that now NCB will not get further custody. Now after getting judicial custody in this case, Aryan Khan’s lawyer has filed two applications for bail in the court. One interim bail application and the other regular bail application. Now the court will hear Aryan’s bail at 11 am on Friday.

Without Covid certificate not entering the jail.

Even after being in judicial custody, all the accused including Aryan will spend in the lock-up of the NCB office instead of going to jail. Because it was 7 o’clock when the court pronounced the decision of judicial custody. After this it becomes difficult to send the accused to jail. Because it is a long process. A defense lawyer said that sending him to judicial custody was not possible because the accused did not have Kovid certificates. Therefore, the court has ordered to keep him in the custody of NCB. NCB officials cannot interrogatea all the 7 accused, including Aryan, will be kept in a lock-up on the third floor of the NCB office, but NCB officials will not be able to interrogate them anymore. The magistrate said that no jail can give them entry without the Kovid test report. Along with this, the magistrate also said that his family members can meet him.

Aryan’s lawyer said that hearing on interim bail should be held now. After this the judge said that I can hear on bail tomorrow at 11 am. On the other hand, the Narcotics Control Bureau continued to oppose Aryan Khan’s bail. But Aryan’s lawyer made a strong argument that he can be granted bail. According to the lawyers, now on Friday, the court will hear the arguments of both the sides. Both the parties will put their point before the court, then the court will give its decision. It is believed that if all goes well, then Aryan Khan can get bail due to weak arguments of NCB.

Such was the appearance and hearing in the court on

Thursday, at three o’clock on Thursday, all the 8 accused including Aryan Khan, Arbaaz Merchant were presented in the court. First, the NCB produced the arrested drug paddler Achit Kumar, who was remanded by the court till October 9. After that there was a long debate between ASG Anil Singh and Satish Manshinde regarding Aryan Khan. After the completion of the arguments, the magistrate sent all the 8 accused including Aryan to judicial custody.

People gathered outside the NCB office since morning, because today the accused in the Mumbai cruise drug case were about to be produced in the NCB court. The team of NCB left the office in a hurry. Aryan Khan, Arbaaz Merchant and Munmun Dhamicha came out together. With this, the NCB team left for the Fort Road Court. Arbaaz Merchant’s car was at the front, followed by Munmun Dhamicha and Aryan Khan was sitting in the car behind him.

Achit Kumar in remand till October 9

Aryan Khan and Arbaaz had named Achit Kumar in NCB’s interrogation. Advait Sethna told Achit Kumar to be part of a drug racket. Court remanded Achit Kumar till 9 October. At the time of Aryan Khan’s appearance in the court, along with his lawyer Satish Manshinde, Shahrukh Khan’s manager Pooja had also reached. In the court, NCB appealed to extend Aryan Khan’s remand till October 11, once again ASG Anil Kumar Singh appeared on behalf of NCB.