Yunior García arrived in Spain on a tourist visa 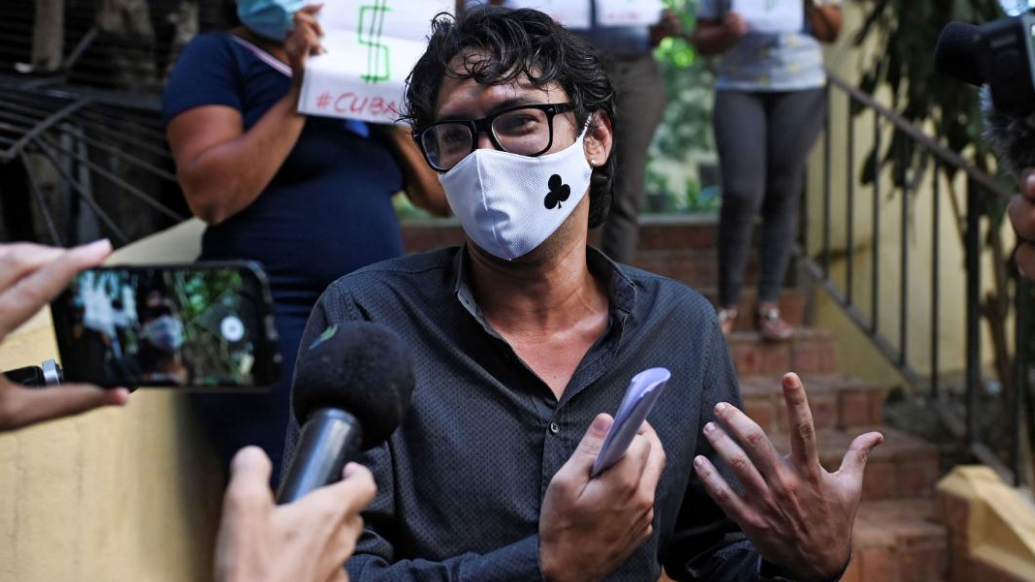 (CNN) – Cuban activist and playwright Yunior García Aguilera arrived in Spain this Wednesday with his wife, a Spanish government source informed CNN. According to this same source, both arrived with a tourist visa, officially called a Schengen visa, which allows them to stay in the countries that comprise this area for 90 days.

When asked if Yunior García had initiated an international protection procedure in Spain, this source claimed to have no details in this regard.

Detentions and siege prevent protests in Cuba Archipelago , an organization that promotes the Civic Day for Change in Cuba, denounced that one of its members had denounced that García had been missing since November 14.

How much can the international community influence the protests in Cuba? Answers a specialist1:01

Magdiel Jorge Castro, a spokesman for Archipelago, told CNN that the last time they had spoken with García was on Sunday at 6 p.m. and since then they have not had communication with him.

In a live broadcast on Facebook from his apartment on Sunday morning, Yunior García Aguilera said that he was “not allowed” to leave his apartment.

“I woke up besieged. The entire block is surrounded by State Security dressed in civilians who try to impersonate the people,” said Yunior García Aguilera.

Thank you very much to all the friends who have cared for us. We arrived in Spain, alive, healthy and with intact ideas.