Man has made super fire that only biological policies can stop. 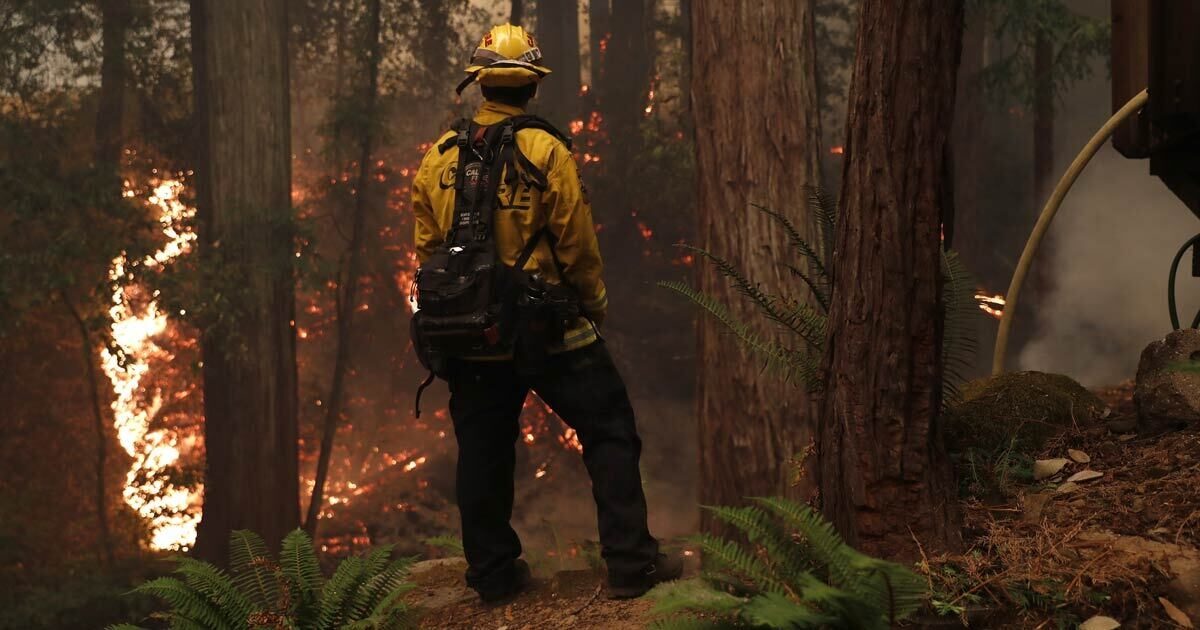 No human technology can dominate them. Intensity, extent, propagation: the fires are out of the ordinary, as in the Var. The direct “fight” is lost in advance, the determining prevention.
The forest is more and more flammable. The evolution that could be guessed a few years ago is true. Ever larger French regions, from north to south, from east to west, are threatened. We have changed the fire regime , but have we changed our behavior, our beliefs, our goals? Partly yes, but too timidly.

So what is it all about? Before, we had seasonal fires, surface fires, burns or prescribed fires. These fires were usual. Some were due to lightning in dry stormy weather, the others, for the most part, to human activities. Many who fell from homo erectus to burning volunteers were intended to develop a human habitat while maintaining the forest. As Stephen Pyne , a fire historian has shown , the landscapes we know have been largely shaped by anthropogenic uses of fires. Think for example of the Australian bush or the Mediterranean forest.

Now, everywhere is spreading a new type of fire, the mega-fires. These are extreme, perfectly destructive fires that consume even the roots of large trees and sometimes smolder beneath the surface for months, only to suddenly reappear with violence. In Australia , in Siberia, around the Mediterranean, in western North America, these are unusual fires in terms of intensity, extent, speed of propagation, as we have seen in the Var these days. this. Their contribution to greenhouse gas emissions and to the increase in diseases caused by the respiration of fine particles is considerable. No human technology can dominate them. They are truly uncontrollable and only die of natural causes, so to speak, when the wind drops, when it starts to rain, or when there is nothing left to burn. A Canadairwhere a water bomber can “fix” fires up to 10,000 kW / meters, but not those that reach, as was the case in Australia, 80,000 kW / meters. “Kill fire” is becoming utopian. Powerless in the face of the flames, the firefighters nevertheless render an immense service for which they must be paid tribute, that of protecting homes when it is still possible and above all, of evacuating people in danger and saving lives.

This change in the fire regime, of which we have more and more decisive proof, is due to two series of main causes. In the first place, the infernal network of human activities destroying the climate and natural balances due to greenhouse gas emissions and other destructive practices of nature plays a fundamental role. The temperatures of another world, the drying out and weakening of the vegetation, the unleashing of the winds, including those produced by the mega-fires themselves, the aggravation of the droughts and the lengthening of the fire seasons, all of this makes the extremely vulnerable forests.

As for the second series of causes of mega-games, it resides in an attitude opposite to the first, that which consists in “protecting” nature on the pretext that it is perfect, in sanctifying it in the name of a romantic experience, in to withdraw from all human activity in the name of an original purity to be found. It is in the name of this kind of belief that the policies of prohibition of prescribed fires and natural fires from the first flame were born. It is also in the name of the prejudice according to which the natives, whether they are the Amerindians, the Aborigines or the rural local populations of our European countries, were declared unfit for the management of the forest which they cultivated however since. millennia and have been banned from practicing their “culture of fire”, to use a Corsican expression. However, lack of maintenance,

The link between mega-fire and this parallel double scourge of the destruction of nature and the cultural destruction of forest peoples has long been obvious to scholars. But for others, the evidence is less. Out of ignorance or neglect, or even bad faith, people tend to think that current fires are inevitable and that they are part of normal natural cycles. However, with the exception of course of prescribed burns which continue to be organized, particularly in Africa, this is no longer the case. When they take note of it, people then feel helpless. When fire knocks on their door, they resign themselves to a certain catastrophism.

But if the direct “fight” against mega-irons is lost in advance, prevention is decisive. It mobilizes everyone, starting with local residents who can clear their area, keep trees away from their homes, and watch for fires. In the Gard, people are organizing themselves to establish night watches and reorganize their territory to make it more resistant to flames. It is by combining the knowledge, that of foresters and ecologists, chemists and breeders, peasants and engineers, inhabitants and tourists, that global knowledge of the forest whose public development is necessary for the prevention of mega-fires will be able to establish themselves.

Prevention should also mobilize voters who should diligently condemn their representatives for their inaction in favor of the climate and turn to those who could take effective action against big polluters (recognition of the crime of ecocide is good news) and, more generally, in favor of the urgent adoption of ecological paradigms. In fact, the electoral weight of convinced people increases and puts pressure. This is why we must consider as a decisive political victory of public opinion itself the fact that US President Joe Biden recently asserted that the gigantic fires raging in California are signs of climate change and must determine the government. to act energetically in favor of the planet. Even if he was not so radical, President Emmanuel Macron, by going to the Var, also publicly and officially endorsed the link between the destructive activities of the planet and the mega-fireworks.